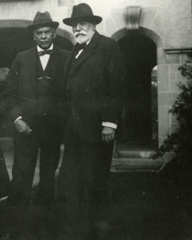 When Joy Morton began planning for an arboretum in 1921, Professor Charles Sprague Sargent, Director of the Arnold Arboretum, advised Mr. Morton on the selection of botanical and horticultural works, providing duplicates from the Arnold Arboretum Library and suggesting other sources.

Beginnings of a Collection 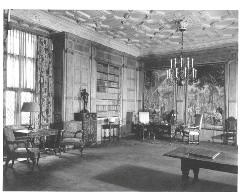 In the Spring of 1922, Mr. Morton authorized Professor Sargent to begin purchasing books for The Morton Arboretum.  The timing was fortuitous since important private English libraries were being dissolved after World War I, making it possible to acquire many fine works. These, together with appropriate books from the Morton family's own collections, formed the foundation of the library's early collections. The collection was housed in the library wing, which was added to the Morton residence at Thornhill in 1922 (now known as the Founder's Room). 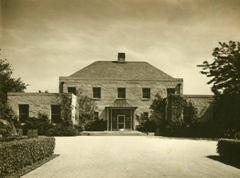 After Joy Morton's death in 1934, his daughter, Jean Morton Cudahy, became Chairman of the Board of Trustees. As a memorial to her father, she commissioned the construction of the original Administration Building. 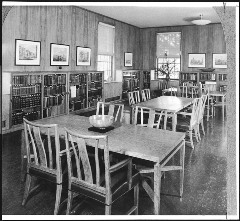 Completed in 1936, the Administration Building included rooms for a small library and herbarium. The rare books, many of them oversized, remained at Thornhill. 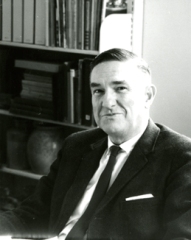 The responsibility for book selections was given to E. Lowell Kammerer, Curator of Collections, and during the next quarter-century the collections grew at a steady pace. 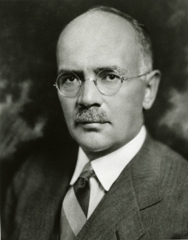 In 1953, following the death of Mrs. Cudahy, her brother, Sterling Morton, became Chairman of the Board of Trustees. He recognized the need to classify and house all the books in a central library. 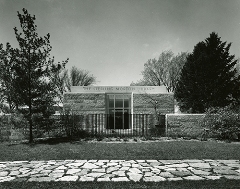 In Memory of Sterling Morton

Unfortunately, Sterling Morton died in 1961 before his plans for a central library were realized. However, his widow, Preston Owsley Morton, together with their daughter Suzette, chose to build a library addition to the east side of the Administration Building as a memorial to her husband. 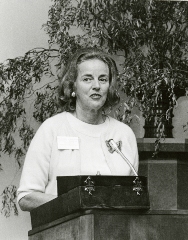 After Sterling Morton's death, his daughter Suzette chaired the Board of Trustees from 1961 until 1977. To instill in visitors a sense of the relationship between art and nature, she promoted the study of botanical art at the Arboretum and began The Morton Arboretum Quarterly, which included essays, original art, and plant information. During these years, she purchased many rare books and artworks for the Library.

In October 1963, the Sterling Morton Library officially opened. Harry Weese, a Chicago architect, was commissioned to design the new library wing. The new library featured a reading room in the shape of an oval with a fireplace flanked by curved, freestanding cherry wood bookcases. Handmade terra-cotta clay tiles on the floor complement the wood of the bookcases and create a warm inviting space. 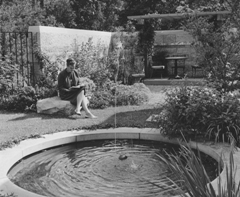 Along with the Sterling Morton Library, a walled garden just outside the library opened as well. The garden is in honor of May Theilgaard Watts, notable past Morton Arboretum naturalist and educator. The May T. Watts Reading Garden is an intimate space where espaliered trees and a vine-covered arbor help to create the perfect spot to catch up on a good book on a warm summer's day. 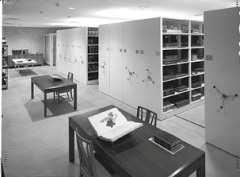 Suzette's contribution was so significant that in 2000 her successor as Board of Trustees chair, Charles C. Haffner III, built a secure, climate-controlled addition to the library to house the Special Collections and named the collections in her honor - the Suzette Morton Davidson Special Collections.

Mr. Haffner served on the board for 48 years, beginning in 1964, and was chairman from 1977 to 2001.  Following his death in 2012, the Charles C. Haffner III Reading Room was dedicated to honor his strong commitment to the library.